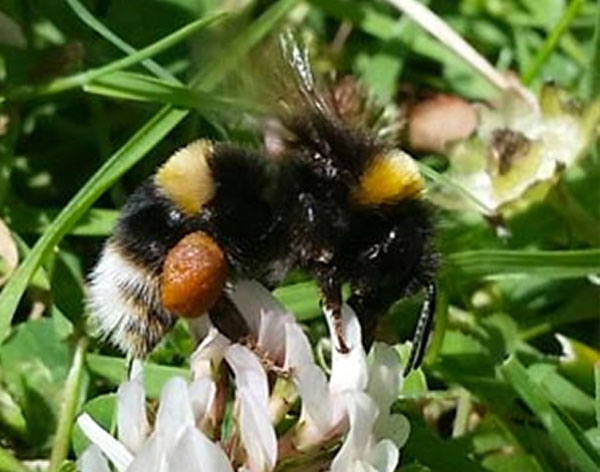 With current hybrids delivering stings that can last for days its time to get a professional in. Keep children well away from any nest and give us a call.

Wasps are one of the more aggressive species we deal with and can sting even when unprovoked. Several people die from being stung and their reaction to it every year. If you suspect your child is showing more than what might be an upset reaction to having been stung please be aware of the signs and symptoms of anaphylactic shock which can be potentially life threatening.

Bee and wasp numbers within a nest can be as high as 20 – 30,000 however with bees showing a general decline in numbers TP Pest Services wherever possible will try to remove the nest and relocate wherever possible.

Find out more in our article about Getting Rid of Bees >

It will be obvious you have a problem however we do offer a free site survey and will advise what type of nest we are dealing with and how best to provide the most sound solution with minimal impact to your family/business.
You remain under no obligation.

We use a very fine powdered insecticide which we spray directly into the nest in most cases and can where possible remove the nest at the same time. Wasp nests unlike honey bees are never re-used. If a honey bee nest remains further bees will be attracted by the smell from the honey.

Please do advise us if you think a high ladder will be necessary, we do have long lances that in most cases can reach.

Please don’t delay in phoning us, wasps although not carriers of disease can in numbers be a health risk. Call 07557 880872.
One of the larger Wasp Nests from this 2015 season

These two are the most common of the 24 different types of native bumblebee; however bumblebees sometimes confused with honeybees are larger in size, rounder and are furry in appearance. They also have many variations in stripe colour across the ends of their tails.

Honeybees are as the name suggests the source of honey, they are small and range in colour from brown to black. Honeybees die after stinging as a result of the barbs in their sting pulling out the venom sack from their body which continues to pump after the bee has been swiped off. Only the queen and females can sting. A small number of people have a higher sensitivity to the sting which can be very serious causing anaphylactic shock and immediate medical help should be sought.

It is possible a colony may number as many as 30,000 bees so it is advisable to leave well alone and give a professional pest controller a call.

Bees are essential as pollinators crucial in our eco system but contrary to what you see on some sites they are not protected. They are however in decline and TP Pest Control Services works with local bee keepers and associations to remove the bees and nest and relocate wherever possible.

Solitary bees and masonry bees again as the name suggests can be found popping in and out of poorly pointed households and buildings including small holes in the ground. There are over 200 species in the UK and characteristics include a red to brown to brown tail and will be almost black.

Wasps at 10 to 15mm long are quite large and are especially noted by their high pitched buzz. Bright yellow with black stripes the body is smooth in comparison to the hairy bumble bees. Mainly found in the roof space or garden shed they also make a round nest in trees and bushes. The nest is made by chewing wood and mixing with saliva which forms a paper mache like material. You can expect over 20,000 wasps in a typical nest and treating the nest can be dangerous as the wasps will react to protect their young and the nest.

Wasps are one of the more aggressive species we deal with and can sting even when unprovoked. Several people die from being stung and their reaction to it every year.

TP Pest Control services offer a free call out and site survey correctly identifying the target species and treating with the appropriate insecticide. 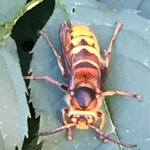 Another invaluable pollinator the hornet can vary from brown to black and has a hint of orange. Its bands are yellow and black.
Twice as big as the common wasp at up to 35mm in length it is unlike the wasp as is not aggressive.
Hornets make a load buzz and are rarely found in houses preferring wooded areas.

Environmentally aware we are proud of our association in re-homing a declining species where possible. TP Pest Services are experts in bee, wasp and hornet removal and the proofing of buildings where required.

TP Pest Control Services takes seriously its responsibility in the protection of children, pets, wildlife and the environment. We provide a detailed on site report utilising the correct planning and managing techniques after the detailed collection of evidence and available information making us the number one choice for Professional Pest control in Dorset.