The Director of TP Pest Control Services Mr Terry Walker, had the following to add:

” I am really pleased to be acknowledged for the 3rd year in a row by “Threebestrated.co.uk” as being one of the top three best rated Pest controllers in Poole! “

As a result, TP Pest Control Services has been featured clearly on the “Best Pest Control In Poole” listings page now for 3 years in a row!

END_OF_DOCUMENT_TOKEN_TO_BE_REPLACED 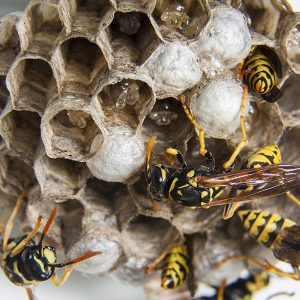 Find out what others are saying about TP Pest Control Services on the Trading Standards website.

“Very quick and efficient service to rid us of a wasp nest that unfortunately had got aggressive.
Came out on late Sunday evening which was very much appreciated.”

“Due to last years infestation of Wasps and Hornets we were five times busier than we normally would be with callouts across Poole and Bournemouth!

On any normal day, we would have been called out to deal with two to three wasp nests and or hornets nests, however in summer of 2018 we were dealing with up to 5 times as many wasp removal services every single day”, Terry Walker, the director at TP Pest Control services went on to say that “according to Google Trends, the search term “Wasp” was searched more than it ever has been before within the last 5 years in the month of August” 2018.  Google Trends. END_OF_DOCUMENT_TOKEN_TO_BE_REPLACED 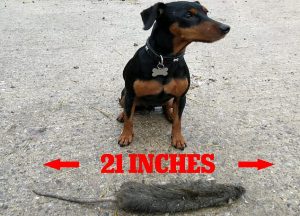 After going viral back in January of 2017 in all the UK newspapers and mainstream media for catching what was thought to have been at that time Britain’s Biggest Rat measuring a massive 19-inches. Max the Manchester Terrier has beaten his own record for catching Britain’s Biggest Rat all over again as you can see from the picture below, Britain’s largest rat is a 21-inch monster!
END_OF_DOCUMENT_TOKEN_TO_BE_REPLACED

It is now officially spring and we can look forward to longer days and warmer weather. Spring time is the beginning of the wasp season, as the the queen wasps come out of hibernation and begin to build their nests. Inevitably wasps nests will be found on properties and can be potentially very dangerous, so it is important to understand and know how to deal with them. Read on for all you need to know about wasps, from their life cycle to locating a nest and getting them removed from your property. END_OF_DOCUMENT_TOKEN_TO_BE_REPLACED 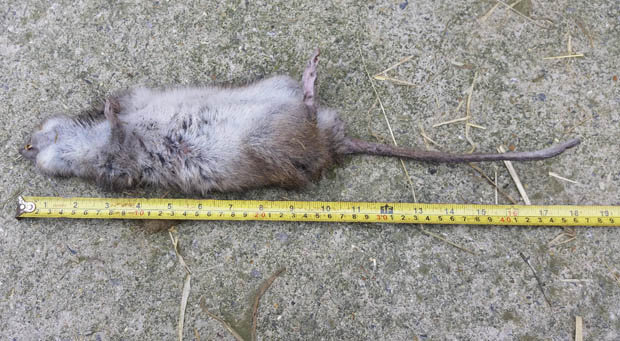 We have recently caught what is believed to be Britain’s biggest rat! Rats are becoming an increasing problem for homeowners and businesses across the UK, their numbers are increasing as they have become resistant to various traditional poisons that are commonly used to kill them. We are also seeing an increase in the size of many rats that we catch.
END_OF_DOCUMENT_TOKEN_TO_BE_REPLACED

Summer is here, time to learn about getting rid of bees! With this warmer weather, larger numbers of bees will soon be on us.

With a number of different species of bee living in the UK, knowing how to treat them can be difficult. This article will outline the key features to help you recognise the common species as well as information on getting rid of bees should they be a problem.

END_OF_DOCUMENT_TOKEN_TO_BE_REPLACED

Do it yourself pest control otherwise known as DIY pest control has always been an option for those that wish to try a hands on approach to pest control in and around Dorset and Hampshire, however seeking the help of a professional will always be more cost effective in the long run for many reasons. END_OF_DOCUMENT_TOKEN_TO_BE_REPLACED

There is currently an epidemic of Bedbugs throughout the South Coast. Bedbugs are a brown/dark red insect with the adults growing to nearly 6mm almost the size of a Ladybird. The little blighters love nothing more than to suck the blood from their host’s neck, chest and arms as they are attracted by the carbon dioxide in your breath whilst you are sleeping. END_OF_DOCUMENT_TOKEN_TO_BE_REPLACED

As expected with the milder weather approaching the phone has been off the hook with both Rat and Mice enquiries. On the move for drier, warmer harbourage this is the time to look at proofing solutions as well as efficient safe control and eradication. END_OF_DOCUMENT_TOKEN_TO_BE_REPLACED

A very big thank you to all of our regular customers who we had the pleasure of looking after again throughout the continuing Wasp and Bee season. END_OF_DOCUMENT_TOKEN_TO_BE_REPLACED